Move through doors, collect strawberry jams and keys, defeat enemies, and explore. This dungeon crawler game changes every playthrough. Can you find the boss and battle your way to victory?

This is my entry for the Extra Credits Game Jam 2019. The theme is: Passage. At first I thought of making players pass items (because PASSage) in order to proceed to different places but it kinda feels like a stretch. So I rethought the definition of passage which is an act of moving through something. And then I made one player which can pass through doors to get keys. Which then the other player will use to open door so it can proceed.

Any comments, suggestions, violent reactions, or anything are welcome. Thanks.

*Disclaimer: Obviously I'm not great at art so sorry for the terrible look. :D

I quite like the idea of swapping between a more nimble, pacifist character and a slow brawler - it's a good combination. I also had trouble at the boss though - it's not exceptionally clear if/when the boss is vulnerable.

is cool, but some times the balls are in the door waiting for you and they insta kill you, that got me a bit frustrated, a part from that, good mood and entertained gameplay

Thanks for your entry *^^

Reply
Computer Vs World272 days ago

This game reminds me of the old Atari game Adventure. I enjoy the concept of being able to scout ahead to search for items and areas, but there should be a limit on how far away the round object is allowed to move away from the square player object, as there's little incentive to swap between the square and circle frequently. Maybe only being able to carry back a limited number of keys, which then you would *pass* to the square? Fighting the boss is also difficult. Also there were a few times where the path led back in on itself, and the character would get stuck in a wall after going through a door. All in all, this is an excellent idea that just needs a little work on the  mechanics.

I love the little Zoey on the game over screen.

Swapping back and forth between the two objects is fun! Movement feels good.

I find it a bit hard to tell when I'm doing damage to the "boss" enemy, even with the sound effect.

I also tend to skip over tutorial stuff, so it took me a bit of time to figure out that I was swapping to the coin thing by hitting space. Maybe having more feedback when you swap between them in the same room would help.

Thanks for the comment! You're right. I'll remember to add visual cues on my next games. :) 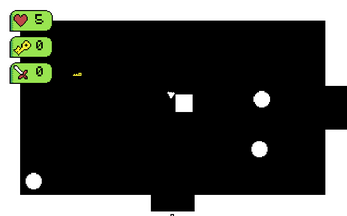 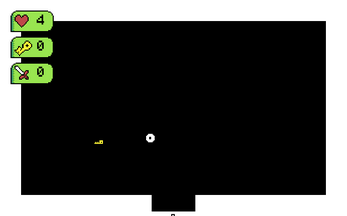